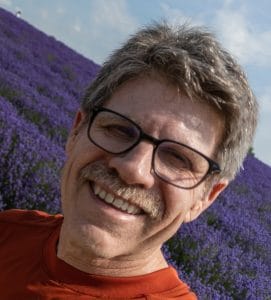 In recent years I have been using Facebook to serve as a travel log or a travelblog. Below is a lightly edited copy of the postings I made during, or at the end of each day. Because of a lack of reliable Wi-Fi connection at various places, sometimes these postings were made a day or two later. I was traveling with Alson Wong which I have traveled to many TQ eclipses with. Also in our group was Allen and Valerie Hwang who are members of our local astronomy club and was at the TQ Svalbard eclipse in 2015. Friends of the Hwangs were also part of our southbound group.

Arrived in Lima, Peru. We were hassled at customs over the amount of camera equipment we were bringing in. The customs officer only spoke a few words of English, and neither she or her boss were aware of the eclipse. We finally talked our way out of a tax and tried to warn them that many more Eclipse chasers were on their way. It seems they wanted to tax professional photographers and were interested in knowing if we made any money from this.

Today was the start of the action – adventure leg of our trip. We were on an add-on tour and drove down the Pan-American highway to the archaeological site of Pachacamac, where several ancient cultures built their sacred temples. The Lima, Wari, Yehma, and Inca people all built on top of the old defeated cultures.

We arrived at the Paracas Dunes for a dune buggy ride at dusk. We were divided into two groups, those who wanted the ‘slow’ dune buggies, and those who wanted the fast ones. You can guess which I was on. Afterwards, we did some sand surfing and some Pisco Sours. This three-minute video shows some highlights along the way, including a sun-downer at the mid-point and sand surfing. With assistance from Al Hirt: https://youtu.be/5mWLMLeOgIQ

Today was the second day of the action-adventure leg of our Peru-Chile Eclipse Trip. We flew to the Nazca Lines, a set of images cut into the Peruvian desert about two thousand years ago. Many theories exist as to the purpose of the lines, from the fanciful, astronomy related, and agricultural related. We will probably never really know.

We took a flight from the Ica Airport in a 12 seat commuter plane, which flew low over the carvings banking to let both sides of the plane get a view. Unfortunately I had the worst seat on the plane with my view blocked by the wing and wing strut. Even so, I was able to photograph all of the major icons including the Hummingbird, the Spider, the Monkey, the Condor, and the Dog. We also several symbols not on our map. This two minute video shows the flight out and then the some of the symbols as we passed over them: https://youtu.be/wG4vS_ySyIA

While at the Aranwa Paracas Resort in Southern Peru, the coastal clouds cleared long enough in the evening to see some of the constellations in the southern skies. In the picture of the sky, directly south is the Southern Cross and to the left is Alpha and Beta Centauri, two of the closest stars to our Sun.

That morning we took a boat ride to the Ballestas Islands, across Paracas Bay from the resort. These islands are home to sea lions, Humboldt penguins, pelicans, cormorants, Inca terns, and Peruvian boobies. This two minute video show the boat ride out to the islands: https://youtu.be/f2Qmcth0pR0

On our way back to Lima, we stopped for lunch at the Casa Hacienda San Jose and were treated to the ubiquitous floor show.

Today we toured around the city of Lima – population 11 million. We visited the historic central square which is surrounded by various government palaces and is a UNESCO World Heritage Site. We also visited the Convent of Santo Domingo which has relics from Peru’s most important saints. Finally, we had lunch at the Hacienda Mamacona-Casabierta which raises and trains Peruvian Horses and were treated to the ubiquitous floor show.

After the craziness at the airport this morning, we flew to Cuzco, the ancient capital of the Inca empire. After driving over the pass at 12,400 feet, we descended to Cinchero, a small town where we saw a local funeral procession and a textile demonstration and got a demonstration of how alpaca for is woven into fabrics: https://youtu.be/4gIHaCpDwas.  We went on to our hotel in the town of Urubamba.

Here is one of astronomy images I got out behind Building 4 that night. It is the heart of the Milky Way Galaxy overhead.

Today was one of the highlights of the trip, our journey to Machu Picchu. This is the legendary Inca city in the sky. We started out at our hotel in the Sacred Valley and travelled by train to Aguas Calientes at the foot of Machu Picchu. After lunch, we rode a bus up the mountain. Weather conditions were great, mild temperatures and no rain. It rains about 200 days a year there.

Here is a two minute video of the trip to Machu Picchu: https://youtu.be/H9EsoPFGBbU.  It shows the train ride and the bus ride up the mountain, then some footage of our smaller “Telescope” and “Saturn” groups as our guide explains what is known about the complex.

Somewhere in the Sacred Valley

Travelquest International guide, Cody Carter (street clothes) is working on the routines of her Peruvian Clear Weather Dancetm. It was to premier during the Total Solar Eclipse expedition hosted by TravelQuest International near Vicuña, Chile on July 2, 2019. If executed correctly, it will ensure clear skies during the duration of the eclipse: https://youtu.be/mHxywG67DTE

We were back at the Casa Andina. As is typical of hotels in dark sky locations, it is lit up like a Christmas Tree. This is a bit ironic as they have an observatory and planetarium on the grounds. But we did find a dark(ish) spot behind some buildings for a star party that night. I got an image of Omega Centauri (NGC 5139), the largest globular star cluster in the sky. We can barely see it from Southern California skimming above the southern horizon each March. Here in the southern hemisphere it is a magnificent object almost directly overhead. Omega Centauri is about 15,800 light years away from us and has about 10 million stars. It might be the stripped core of an old dwarf galaxy. I took this image with the telescope I hope to view the solar eclipse with – a 61 mm refractor. It was a 10 second exposure.

Somewhere in the Sacred Valley

That day was a transfer day from our hotel in the Sacred Valley to Cuzco. We stopped for lunch at a hotel overlooking the Sacred Valley, then toured the Inca citadel of Sascayhuaman on the outskirts of Cuzco. On the way into Cuzco, we got caught up in a parade stretching four blocks that would have delayed our arrival by an hour. Our driver was able to back the van up and take us down a series of narrow streets like a log shoot.

Today was our last full day in Cuzco, and we spent the morning touring a few sites around the Plaza de Armas, the main square. We saw the main cathedral and the Iglesia de La Compania, as well as the Qoricancha and Convento De Santo Domingo, which was built on the Inca Temple of the Sun. It was appropriate that we visit this temple before leaving for the Total Solar Eclipse.

After a charter flight from Cuzco, we arrived in La Serena, Chile. Alson and I decided to forgo the group activities this morning. They were going off for a tour of the city, something I have done a dozen times on my own when I came down to work at Cerro Tololo Inter-American Observatory. Instead we headed to the mall to get supplies and find a replacement counterweight for my telescope. We also took the time to assemble and test our equipment. Skies were looking good!

On July 2, 2019, almost 300 people comprising the northbound and southbound groups touring with Travelquest International met on a Soccer Field near Vicuña, Chile to see the Total Eclipse of the Sun. The weather was unusually clear for winter – not a cloud in the sky. This eight minute video captures some of the events on Eclipse Day, using video footage from a GoPro Hero7 camera, a Canon 60d, A Canon EOS M2, a Canon EOS M3, an Apple iPhone, and a still image from Alson Wong for the wide angle landscape shot. Background music is Stephan Endelman’s “Boot Up”. (Director’s Cut – One Typo and a Starbucks Coffee cup had been digitally erased from previous versions). https://youtu.be/NhRsV2IG_hk

Alson and I had a flight out the day after the eclipse. We decided to forgo the add-on tour after the eclipse; Alson for work purposes, and me since I had spent many, many weeks working at the observatory and could give the tour. It was near chaos at the La Serena airport that morning. Many people had scheduled their flights out for the morning after the eclipse, and there were several charter flights leaving. The line to check in and bag drop was down the hall and out the front door onto the sidewalk. It took us almost an hour to drop our bags. An unscrupulous competing tour operator tried to pull us out of line just as we got to the counter. We saw through her subterfuge and an airport official had to settle the ‘discussion’. Later at the gate, we heard she tried the trick on someone else.

We had a long layover in Santiago this afternoon so we decided to take a “three hour tour“. We saw a quite a few sights in downtown Santiago.