This tour departs in 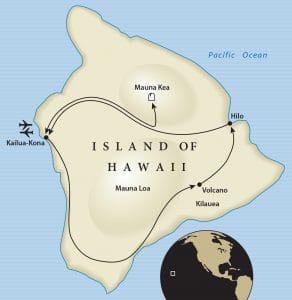 Kilauea, one of the five volcanoes that form the Big Island of Hawaii, rising 1,300 m (4,200 ft) above the Pacific, its slopes etched with rivers of hardened lava. In Kilauea’s fiery depths, according to traditional Hawaiian beliefs, dwells Pele, the goddess of volcanoes. Meanwhile, about 40 miles to the north lies Mauna Kea, a long-dormant volcano that is the world’s tallest mountain from the sea bottom, measuring 10,200 m (33,500 ft) from its undersea base. And at its summit, long held sacred by Hawaiians, is one of the best astronomical vantage points on Earth.

These are the kinds of contrasts you find amidst Hawaii’s rainforests and volcanic peaks: glimpses of the planet’s molten heart under vast star-filled skies, and the intuitions of an ancient faith alongside the precise observations of science. And these are the dimensions of the Big Island that we celebrate in TravelQuest’s Hawaiian Fire and Skies tour, a unique exploration of natural beauty, rich culture and spectacular astronomy that we’re proud to offer travelers in the summer of 2021.

Our journey crisscrosses the Big Island, the largest in the Hawaiian archipelago, exploring a wonderland of pristine beaches, stunning waterfalls and lush rainforests. Along the way, there are endless opportunities to spot exotic flowers and vibrantly colored birds, along with an incredible profusion of marine life. The island is also a paradise for starwatchers: Mauna Kea, in addition to its renowned observatories – housing 13 major telescopes staffed by scientists from around the world – boasts what is arguably the best public astronomical viewing anywhere, revealing deep-sky phenomena in both the northern and southern celestial hemispheres.

TravelQuest’s one-of-a-kind adventure combines the magic of Hawaii’s volcanic peaks and amazing biodiversity with unmatched stargazing between the ocean’s far horizons. Space is limited for this special journey, so make your reservation today!

This tour departs in

Day 1 – The Big Island of Hawaii 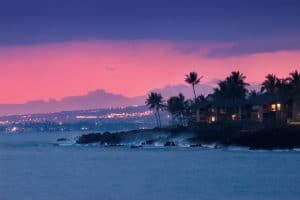 Arrive at Kailua-Kona Airport (code: KOA) on the Big Island according to your own flight plans. Your TravelQuest representative will arrange the quick transfer to our hotel for the next three nights. If you arrive by late afternoon, plan to join us at sunset for a get-acquainted reception. 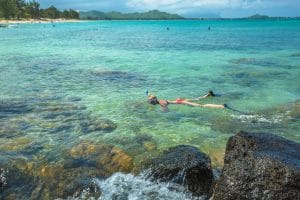 After breakfast, sail aboard our 60-ft custom catamaran to Kealakekua Bay, where you can enjoy swimming and snorkeling around one of Hawaii’s most spectacular coral reefs. This is a protected area, so fish are plentiful, swarming in multicolored clouds over the reef as it slopes down steeply into the depths. You’re also likely to see spinner dolphins in the bay. After a barbecue lunch back aboard our catamaran, we return to the hotel for a presentation on tomorrow’s visit to Mauna Kea and its observatories. Then at sunset, join us for a traditional Hawaiian luau, including Polynesian music and dance, against the backdrop of magnificent Kamakahonu Bay. 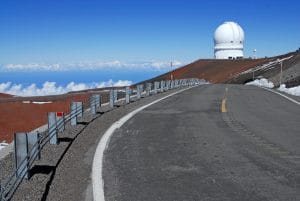 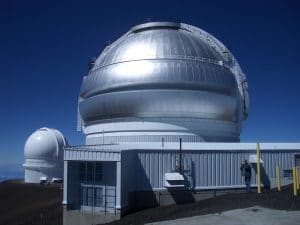 During our afternoon journey up to Mauna Kea, we stop at 2,100 m (7,000 ft) to see where the lava flow from Mauna Loa, the Earth’s largest active volcano, partially buried an ancient stone wall. It’s also a chance to get hydrated and adjust to the higher elevation. Continuing upward, and after another transitional stop at the Onizuka Visitor’s Center, we arrive at the summit, about 4,200 m (14,000 ft) above sea level. Here you can walk through the spectacular observatory complex, which includes the twin 10-m Keck telescopes, the 8.2-m Subaru Telescope, the 8.1-m Gemini North Telescope, the 3.8-m UKIRT Infrared Telescope, the 3.6-m Canada-France-Hawaii Telescope, the 3-m IRFT Infrared Facility, the 2.2-m UH88 Telescope and the 15-m James Clerk Maxwell Radio Telescope/Submillimeter Array. You can also see how construction is progressing on the Thirty-Meter Telescope (TMT), which will be world’s largest when it’s completed in 2027.

Looking out over the tops of clouds more than 2,000 m (6,560 ft) below, you may be lucky enough to see the elusive green flash – lasting only a couple of seconds – above the Sun's disk as it sets beneath the Pacific horizon. Then we head back down the mountain to the visitor’s center for an evening of deep-sky observing (with no Moon to obscure the stars, as it does not rise until much later in the evening) prior to our late-night return to the hotel. 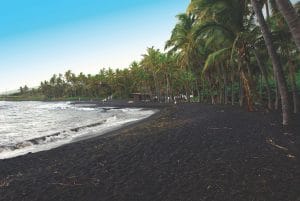 After a late-morning checkout, we head south toward Hawaii Volcanoes National Park, passing through South Point, the southernmost town in the United States, and stopping in the village of Naalehu to visit a bakery renowned for its sweet bread. Our destination is Punaluu Black Sand Beach, where you might spot endangered green sea turtles swimming in a protected cove or basking in sunshine on the sparkling, black beach lined with coconut trees. Out on the bay, fresh-water springs flow into the saltwater creating a unique blend of warm and cool as you swim (provided the surf conditions are safe).

From there we travel up 1,200 m (4,000 ft) to enter the lush rainforest of Hawaii Volcanoes National Park. Your home for the next two nights is the historic Volcano House, spectacularly situated on the rim of Kilauea’s crater. You’ll quickly see why Hawaii’s oldest hotel is beloved by local islanders and attracts visitors from around the globe. In the day’s remaining light, you can hike leisurely trails taking in spectacular crater views, then later, join us for stargazing (skies permitting) away from the hotel lights. 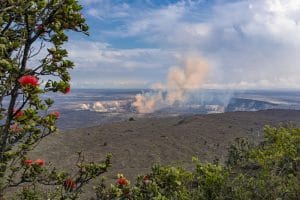 After breakfast, we begin our exploration of the park with a stop at the Hawaii Volcano Observatory, then head into the caldera to see the Great Earthquake Crack and Halemaumau Crater. After lunch in the aptly named village of Volcano, we travel around the crater to view the Thurston Lava Tube, a long cave formed from hardened lava. Next we drive down the famous Chain of Craters Road, passing pit craters and smoking cinder cones on the winding descent, and then head out on foot to hunt for active lava flows. Tonight, with any luck, you can have the ultimate Fire and Skies experience, watching new earth form by your feet as you scan the stars overhead! 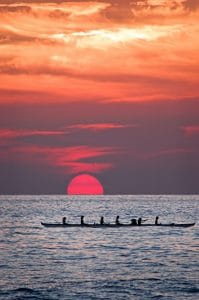 After a late breakfast and some further exploring in Hawaii Volcanoes National Park, we drive through lush countryside to Hilo, the largest community on the Big Island. Straddling a tranquil river filled with pools and waterfalls, Hilo is known for its quaint houses and old sugar-industry buildings that are now being lovingly restored. It’s a great setting for an evening of exploring on your own. 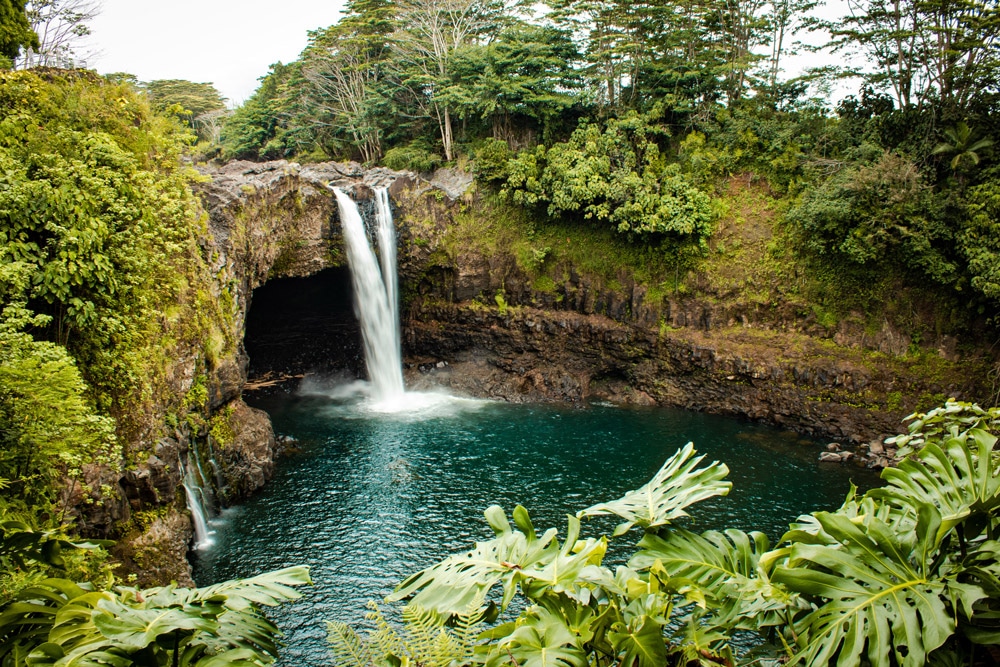 Spend today at your leisure enjoying the shops, restaurants and gardens along Hilo’s beautiful crescent-shaped bay or exploring nearby waterfalls and basalt-lava rock pools. If you’re keen to enjoy a final evening of stargazing, for an additional fee we’ve arranged an optional return visit to the Onizuka center with a boxed dinner to view the bright arch of the summertime Milky Way, when the hub of our galaxy in Sagittarius and Scorpius is well placed high in the southern sky. 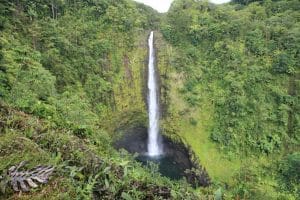 This morning we leave Hilo behind to discover the Kona side of the Big Island. Our first stop is the Hawaii Tropical Botanical Gardens, which feature a remarkable variety of orchids, palms, ginger and other exotic plants - more than 2,000 species in all. We then journey on to Akaka Falls State Park, where a short loop trail takes you through a rainforest filled with philodendron vines, wild orchids, bamboo groves and hanging heliconia. After a beautiful preview at cascading Kahuna Falls, we carry on through lush vegetation to breathtaking Akaka Falls, formed where the Kolekole Stream tumbles 135 m (442 ft) into a deep gorge. In late afternoon, we head back to Kona for a farewell dinner at our hotel.

After breakfast at the hotel, we arrange the easy transfer to Kona airport for your journey homeward or further explorations in Hawaii.

If you’d like to arrive in Kona early, TravelQuest has reserved a limited number of rooms at the Sheraton Kona Hotel (or similar). The cost per night, includes airport transfer, breakfast and tax.

Cost: $175 USD per person based on two people sharing one room; $350 USD for single occupancy.

Moderate -  Some demanding walks and hikes, at sea level and higher elevations, over uneven and occasionally hilly terrain, including hardened volcanic flows. Please note that the optional ascent to Mauna Kea observatories is located at about 4,200 m (14,000 ft) above sea level, where mental capabilities and judgment can be substantially impaired due to lack of oxygen, and guests may experience headache, nausea and shortness of breath. All travelers will be required to complete and sign a medical release form prior to receiving their final travel documents.

At TravelQuest we want to be sure you find the trip that best suits your interests and level of fitness. Please email or call if you have any questions regarding the itinerary. 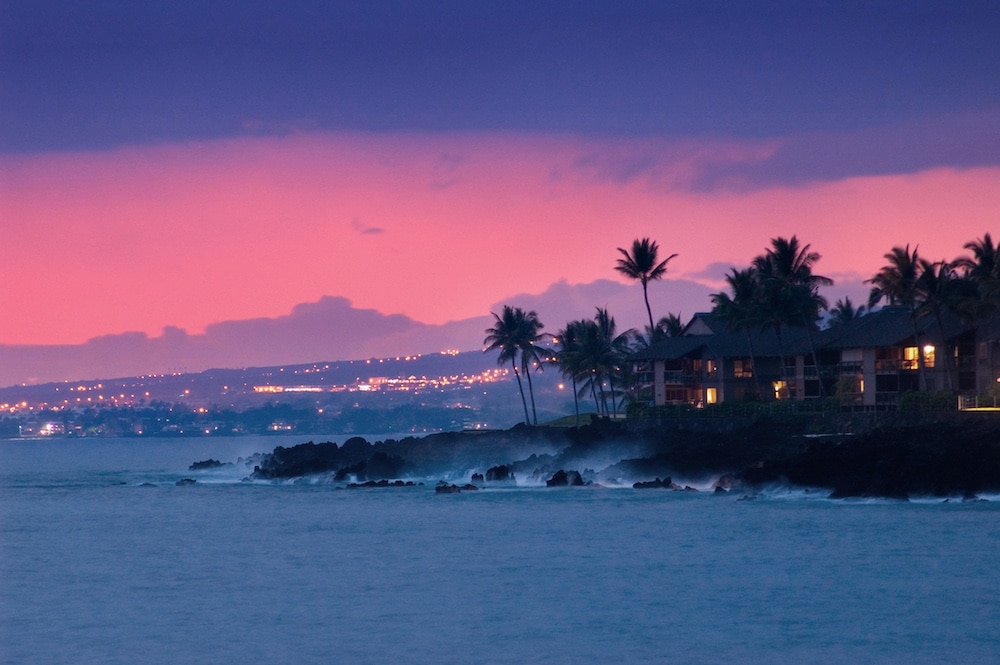 Prices are per person in US Dollars based on the number of people in a room.

Cancellations must be made in writing via email, fax or mail.

What Happens if TQ Cancels My Trip due to COVID-19-Type Travel Restrictions?

If we need to cancel a trip because of COVID-19-type travel restrictions, you can choose between the following 2 options:

We at TQ want to be sure you find the trip that best suits your interests and level of fitness. Prior to submitting their booking, it is the responsibility of each traveler on the booking to thoroughly read the itinerary, as well as acquire and understand all pertinent medical advice to determine whether or not they are of an appropriate physical and healthy state to undertake the trip. At minimum, participants must be able to climb into and out of buses, vans and trains without assistance, keep up with the pace of the trip, and carry their own luggage. If you have any questions about your trip’s itinerary or its level of difficulty, please contact us prior to booking.

You may purchase this insurance on your own, or you may contact our friends at Travelex who are familiar with our trips and offer a “Travel Select” plan to help protect you and your travel investment against the unexpected. The Travel Select plan includes coverage for Trip Cancellation, Trip Interruption, Emergency Medical and Emergency Evacuation/Repatriation, Trip Delay, Baggage Delay and more. To be eligible for the waiver of pre-existing medical condition exclusion, this plan must be purchased within 15 days from the time you make your initial deposit with TravelQuest. Otherwise, the plan may be purchased any time prior to departure.

For more information on these plans or to enroll, click on the link below or contact Travelex Insurance Services direct at 1-800-228-9792, and reference location number 03-6043.

A Note About Fuel

In the uncertain, often volatile oil market, it is difficult to predict long-term fuel costs, and more specifically, costs at the time of the voyage. Our prices are based on the prevailing fuel rates at the time of the brochure publication, which is well in advance of departure. While we will do everything possible to maintain our prices, if fuel prices increase significantly at or before the time of the trip, it may be necessary to institute a fuel surcharge. 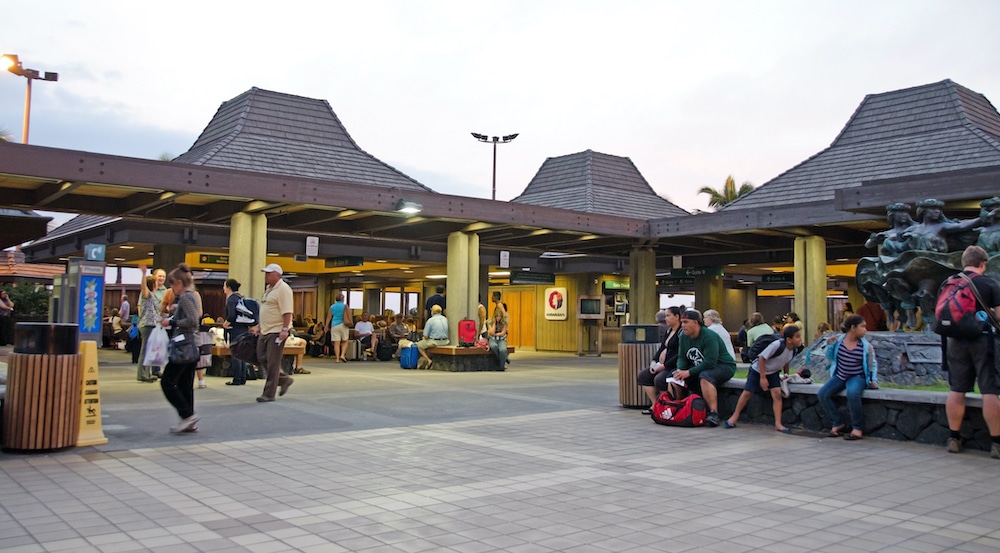 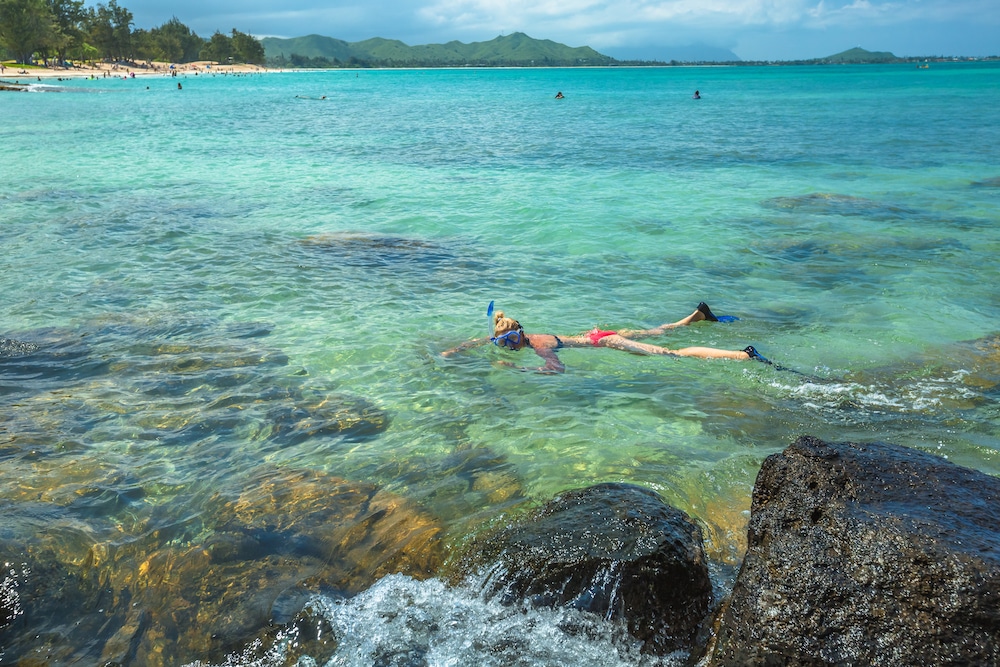 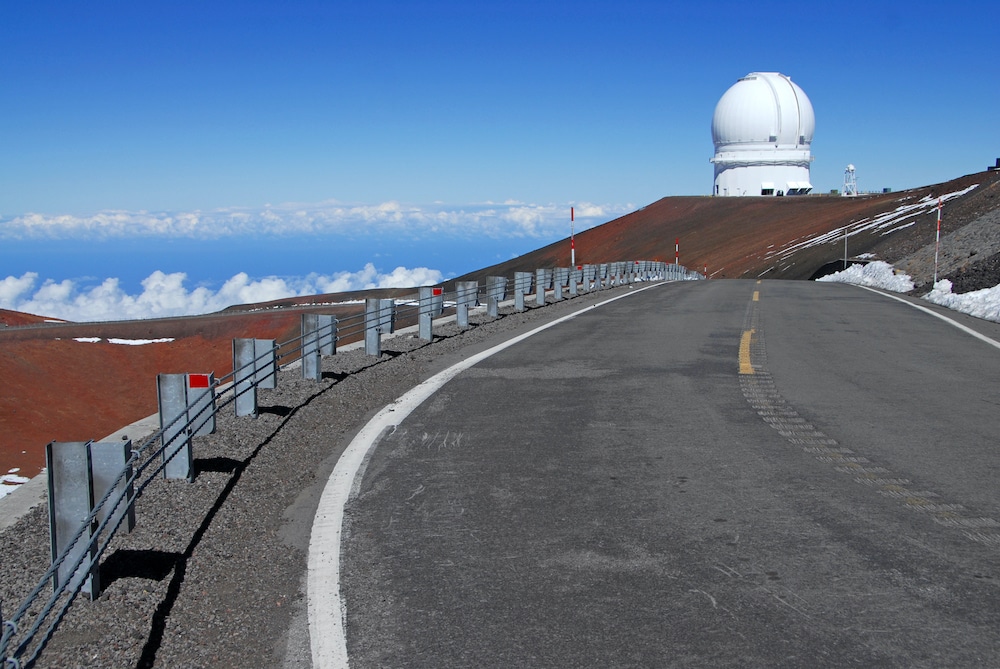 Drive up to Mauna Kea Observatories 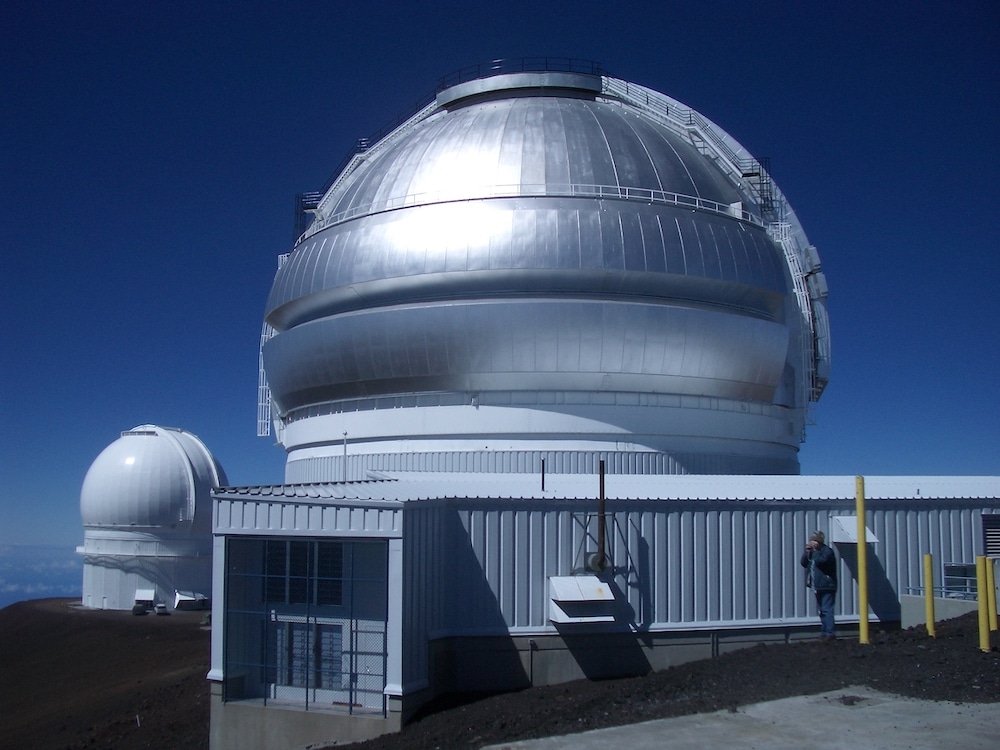 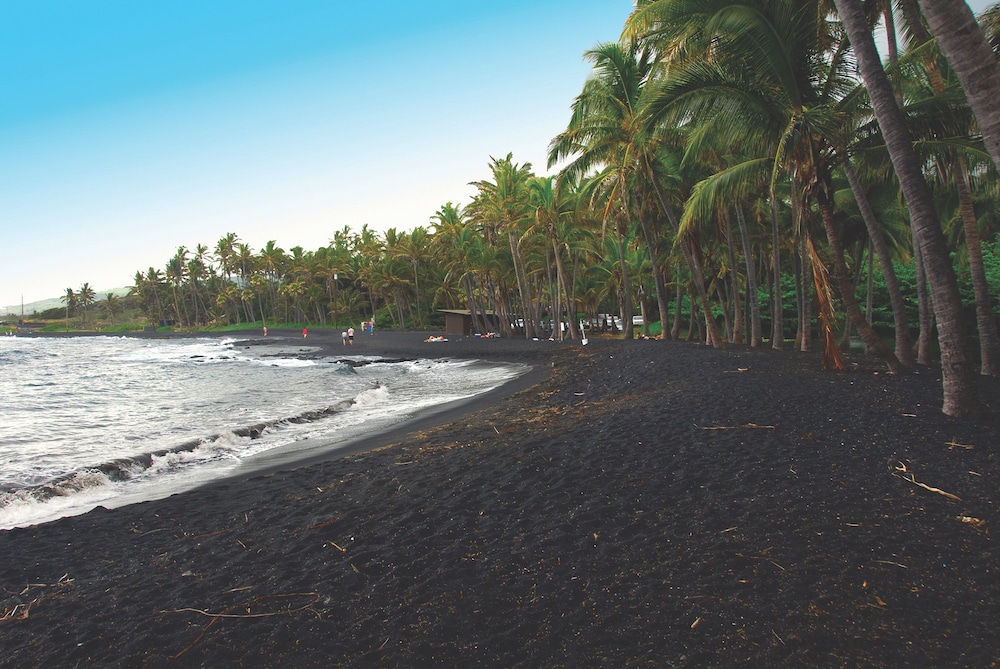 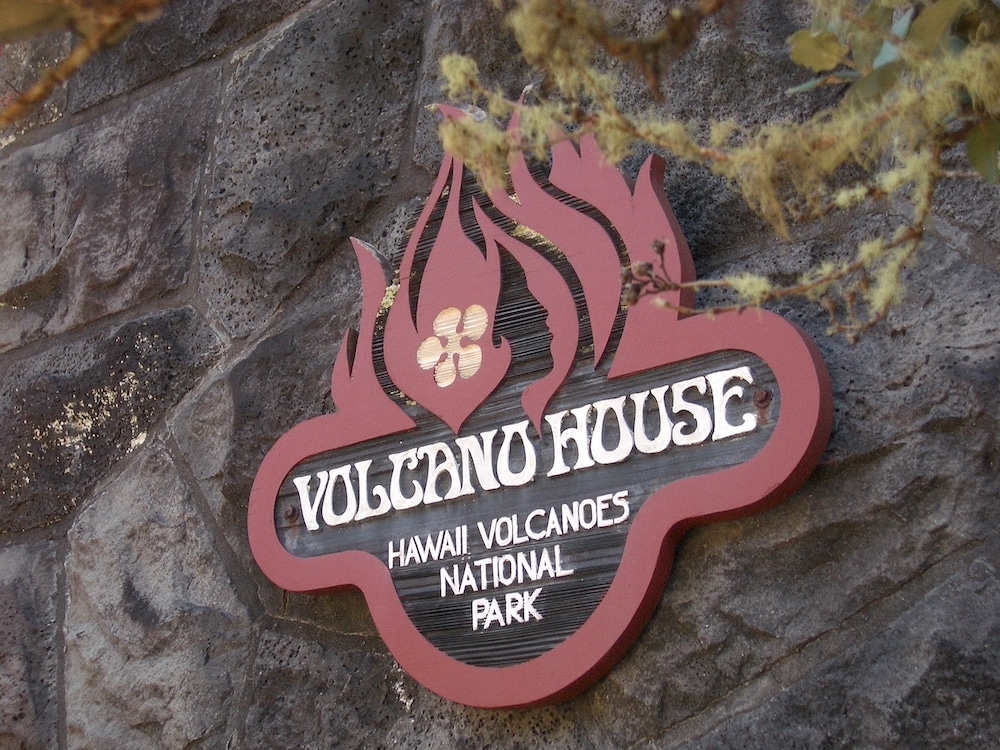 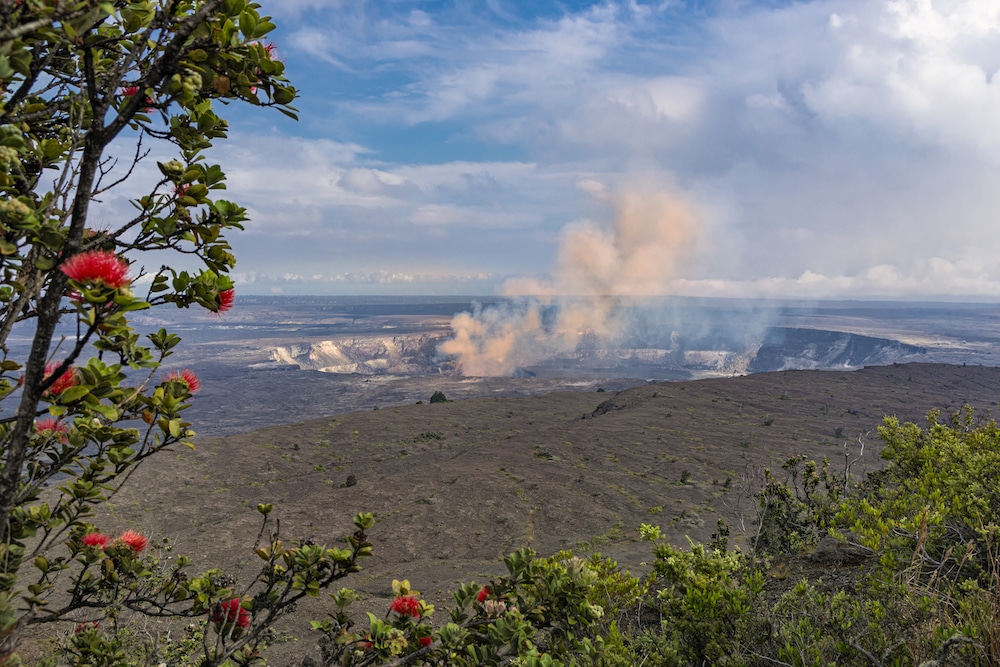 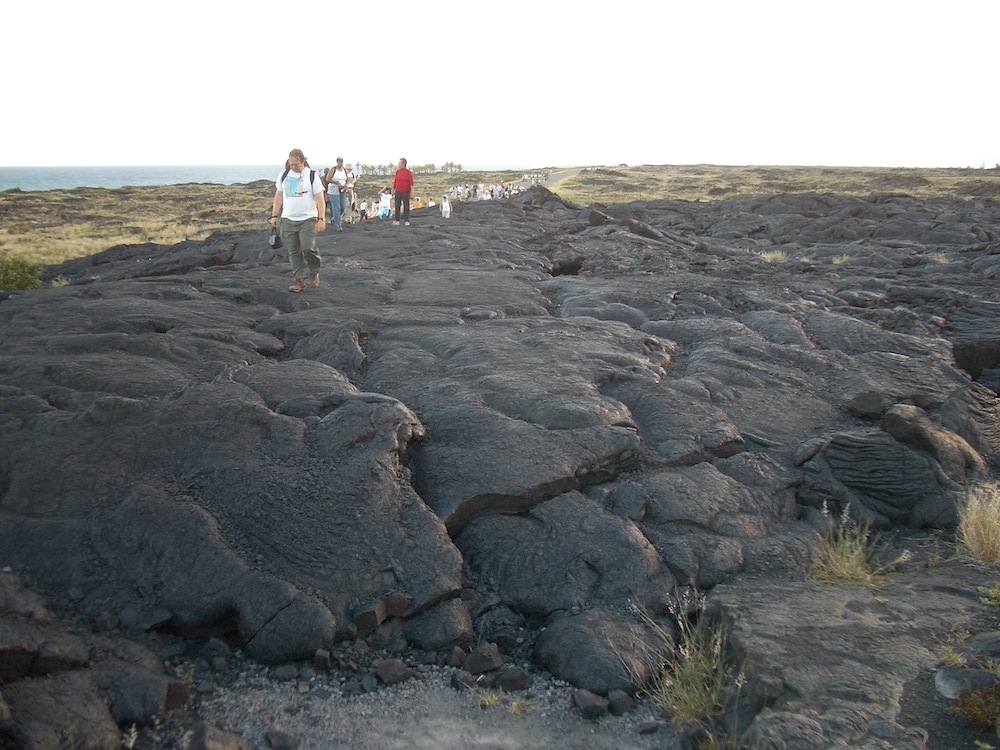 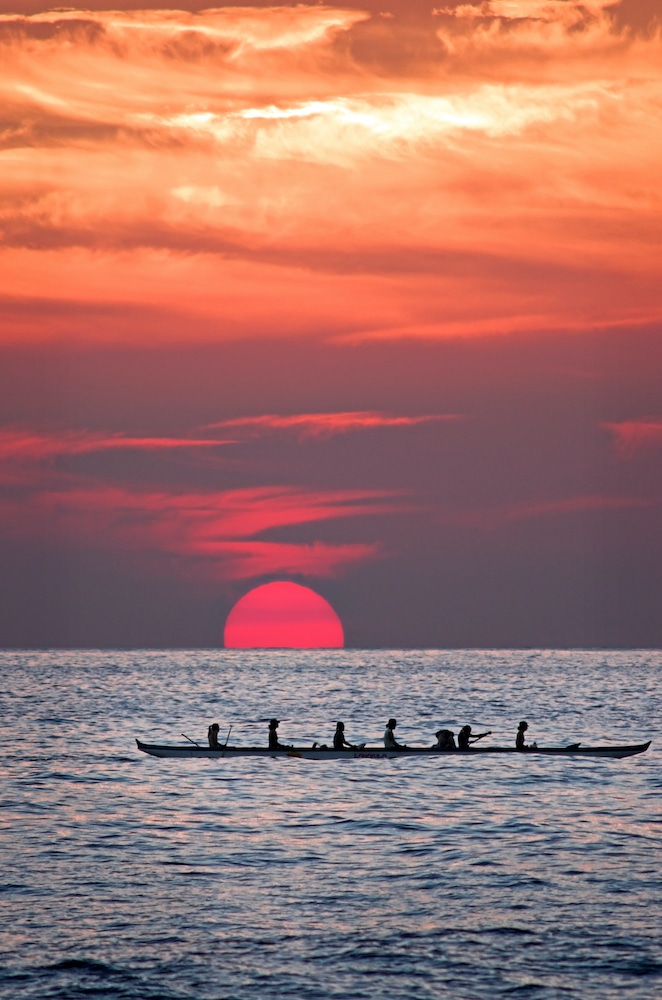 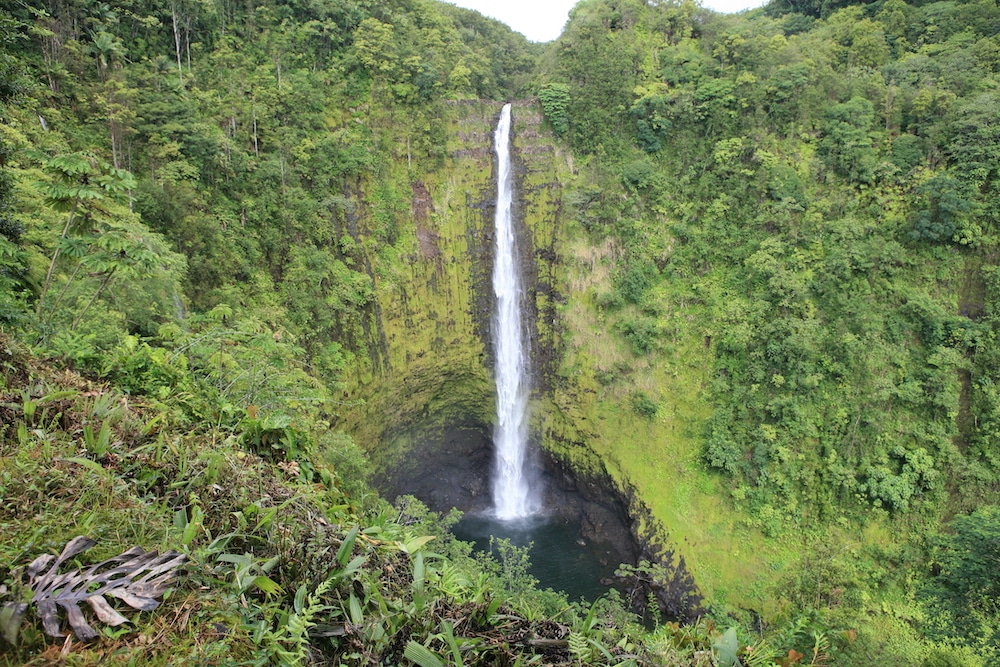 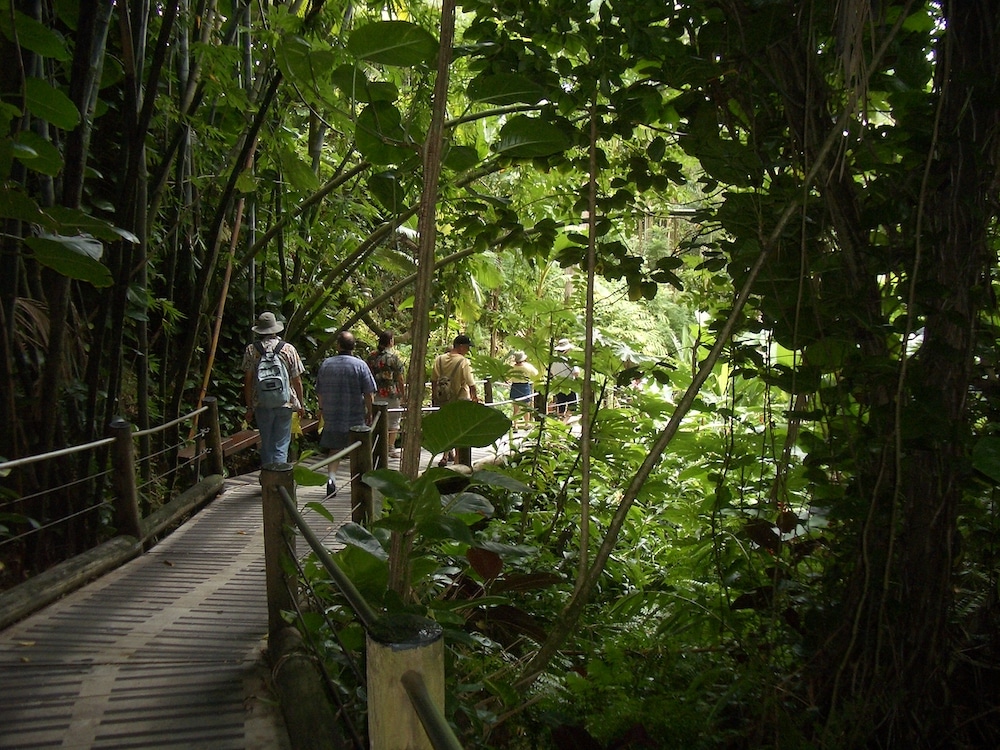 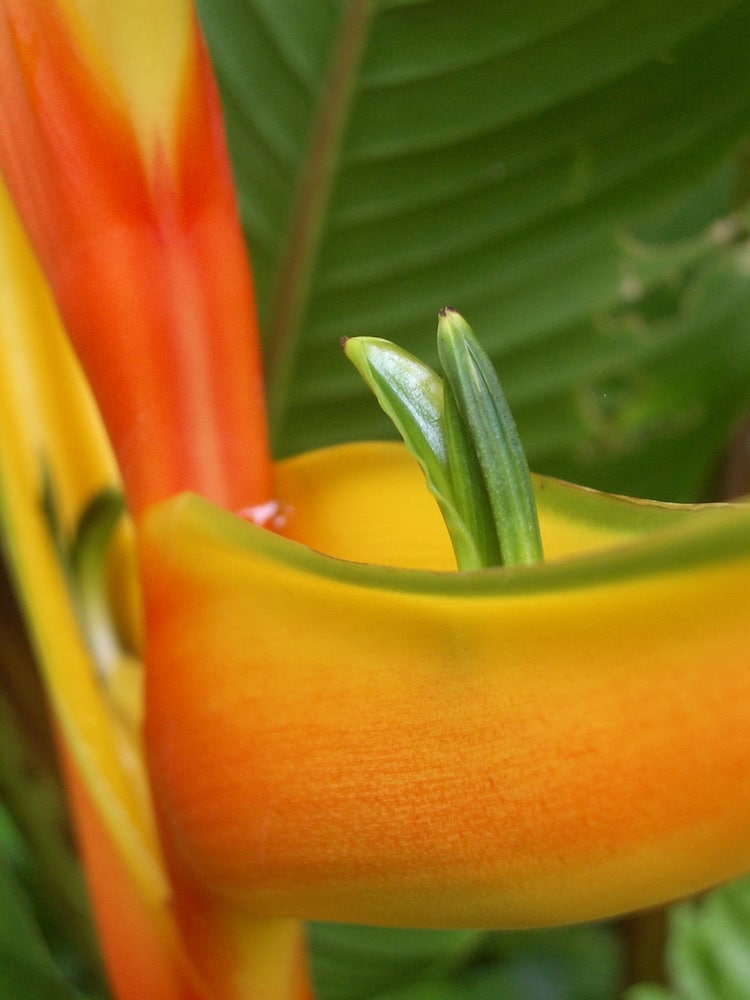 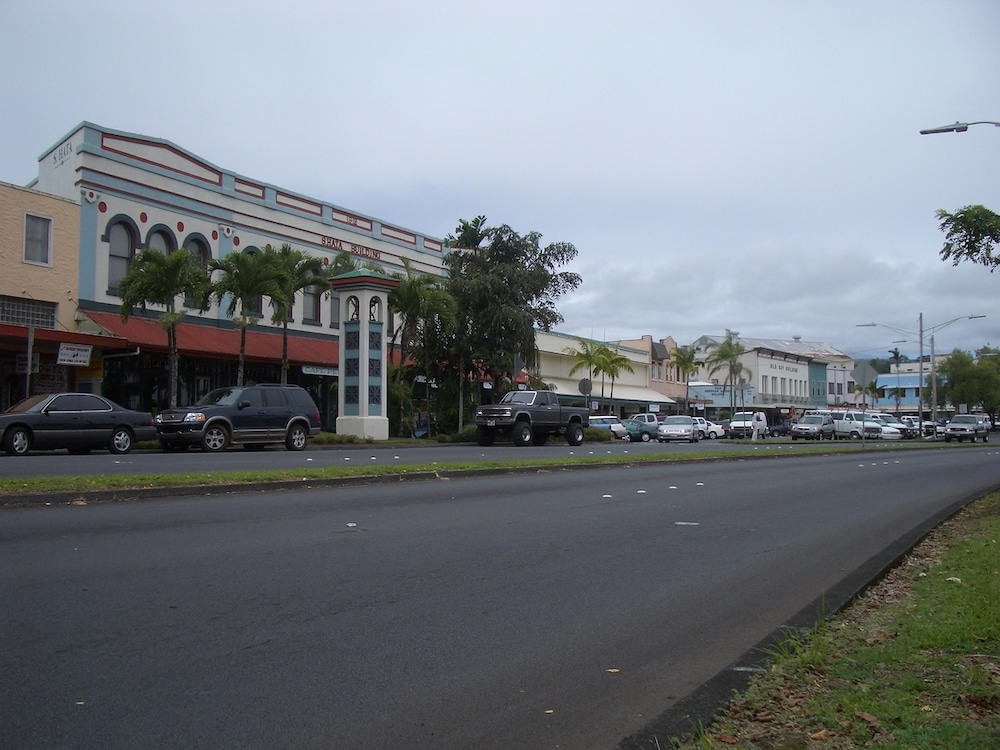 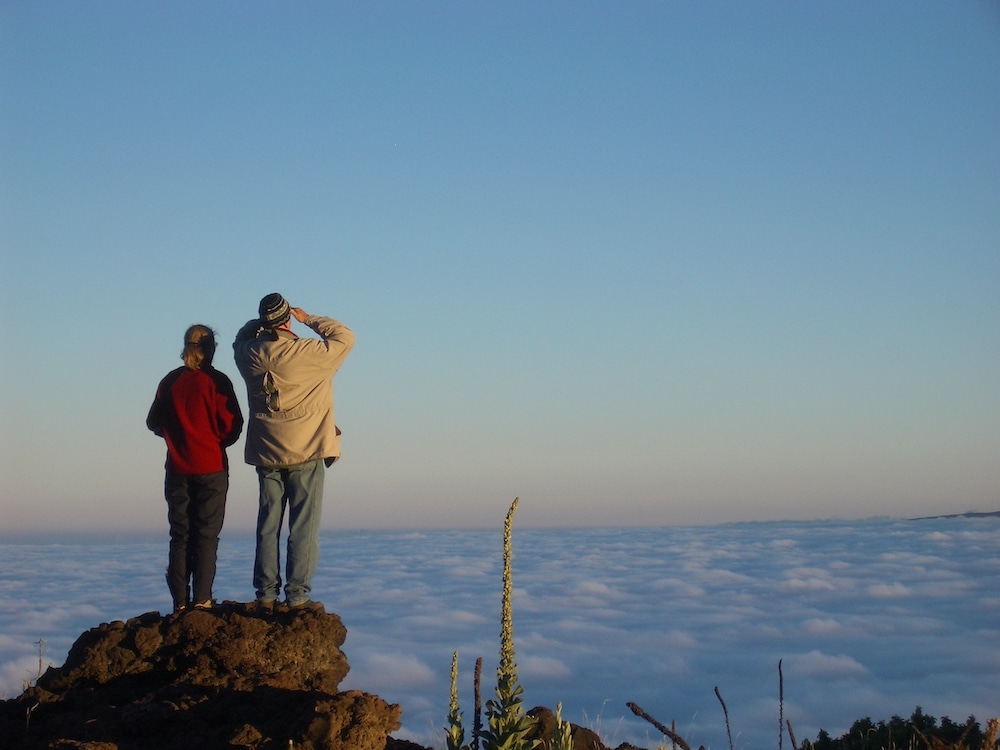 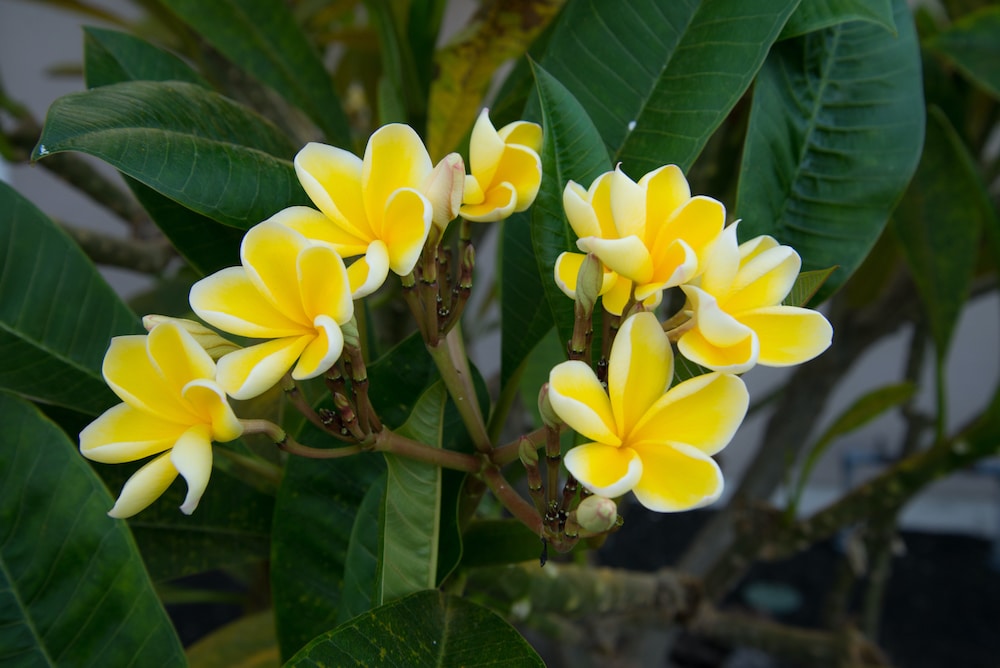 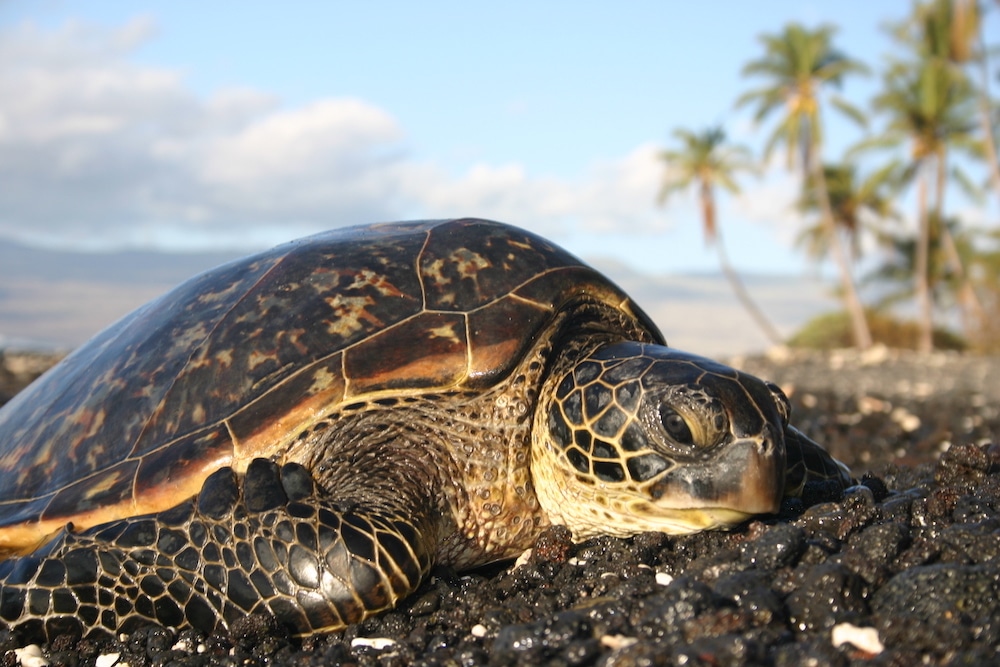